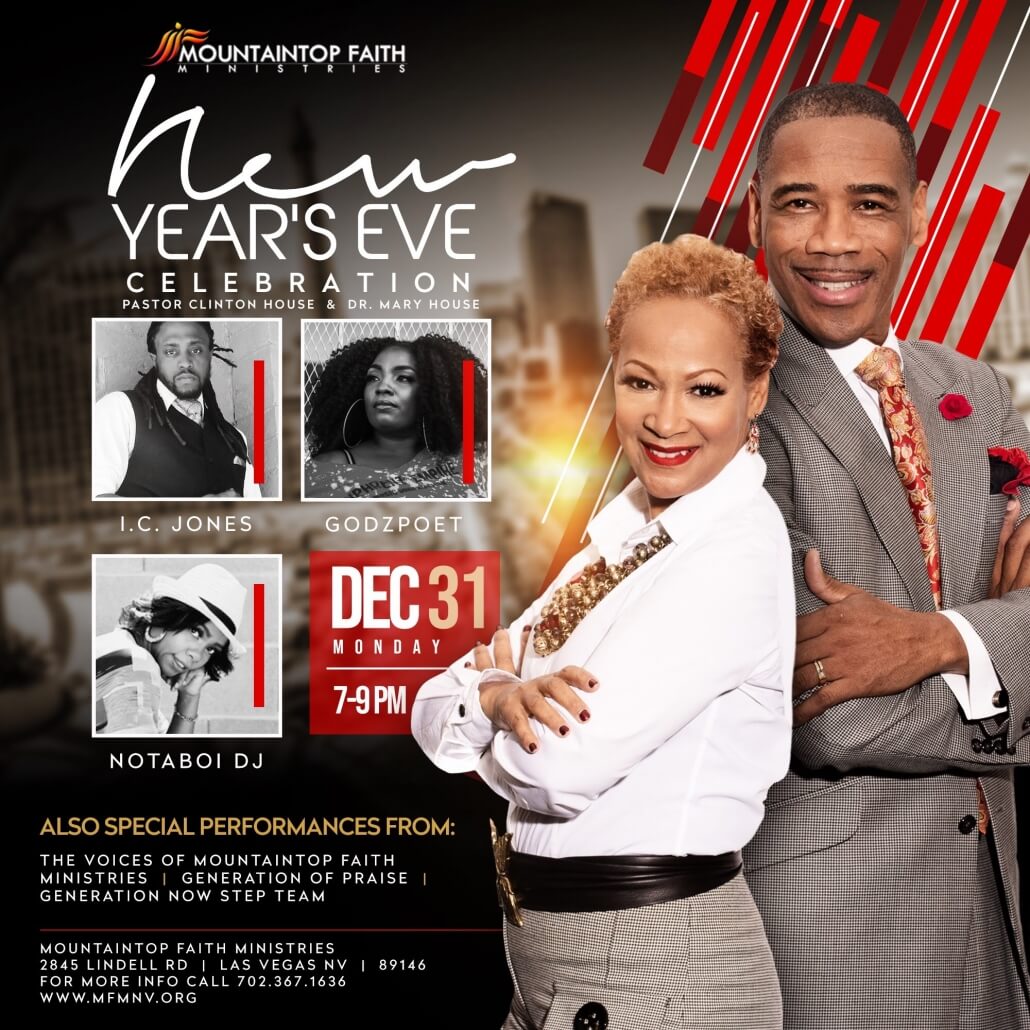 In 1 Corinthians 9, Paul speaks:“You’ve all been to the stadium and seen the athletes race. Everyone runs; one wins. Run to win. All good athletes train hard. They do it for a gold medal that tarnishes and fades. You’re after one that’s gold eternally. I don’t know about you, but I’m running hard for the finish line. I’m giving it everything I’ve got. No sloppy living for me! I’m staying alert and in top condition. I’m not going to get caught napping, telling everyone else all about it and then missing out myself” (vv. 24-27, MSG).

Paul emphasizes the importance of training and discipline, and his vivid description of running to win in life inspired me. I studied their preparation, their training techniques, their mental attitudes and the many diverse aspects of running, and I discovered the very principles foundation for running a marathon in the natural are equally applicable to running our spiritual race. We must train ourselves to be in this race to the end. It will not happen on its own especially when life brings extreme conditions against us.  I believe that this year many of us have been in a faith race, we’ve felt as if time, circumstances and heartaches incessantly became the hurdles in our race to finish 2018 strong. But I want to challenge you to keep your composure and finish your race, you need to know that you have already won.

As time has passed, I’ve seen many people who started this faith adventure with us drop out of their race. The absence of disciplined training in their lives meant they didn’t have the spiritual stamina to keep going when the going got tough. Many people have been defeated by disappointment,discouragement, distraction, disillusionment or disease, and because of this,they’ve dropped out of the race.  The following points will assist you in staying focus.

The year is almost over and there are still promises that will happen for us.  This race was designed for you to get your faith in shape for what’s coming next  I want to encourage you that it is not over for you but your life is gaining momentum to end well. My prayer is that you do not focus on being the fastest runner but being the runner who finished with the victory. 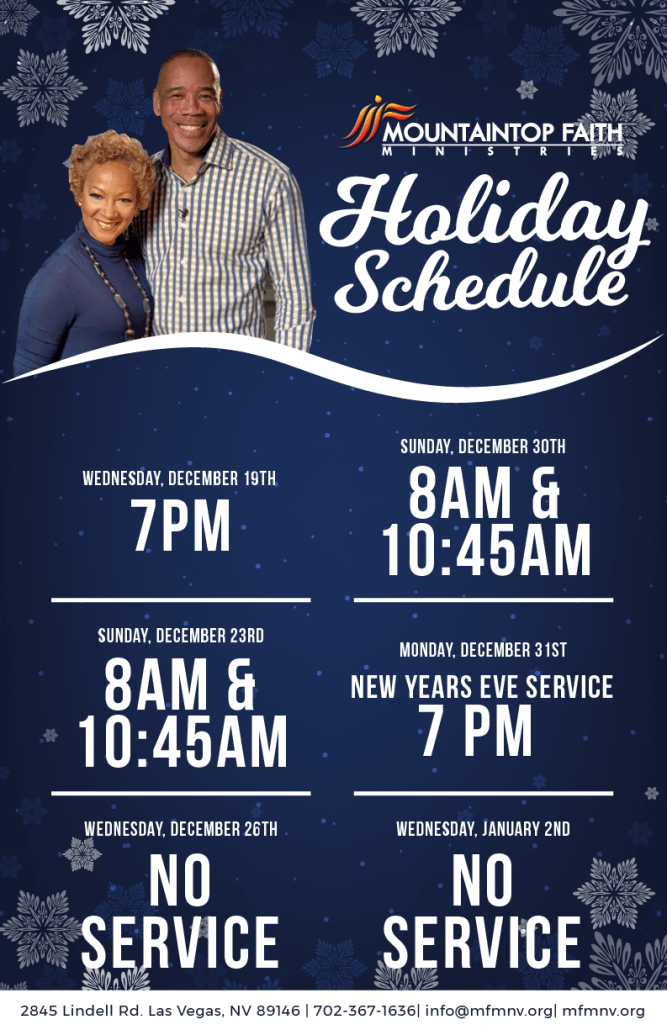 Last month, we spoke about home foreclosure. If you are about to be in the throes of the nonjudicial foreclosure process, I informed you to don’t give up because there is still hope. Have you heard of the Nevada Foreclosure Mediation Program? The Foreclosure Mediation Program or “FMP” is a process where Homeowners and Lenders meet in person with a Mediator to speak about ways to avoid foreclosure. The Mediator is a neutral person who tries to help the Homeowner and Lender come up with a fair and voluntary agreement. FMP affects homeowners in owner-occupied properties who are served a notice of default and Election to sell recorded on or after July 1, 2017. Homeowners served before July 1, 2017, can go through the process if the lender consents in writing.

If you have you received a Notice of Default within the last thirty days or you received a Complaint about Judicial Foreclosure within the last twenty days, and you are interested in participating in foreclosure mediation, visit the Petition for Foreclosure Mediation Assistance page for a step-by-step guide. Do not wait! If the process has gone too far, it may be too late to stop the foreclosure of your home.
If you petition for foreclosure mediation assistance within the appropriate time, the lender may not foreclose until mediation has been completed. Once mediation is scheduled, the actual mediation meeting is fairly fast (less than four hours), inexpensive ($500, paid equally by the parties), and less formal than other legal processes. The goal of the program is to make foreclosure the last resort for the lender.
In short, you will file a Petition for Foreclosure Mediation Assistance at the district court clerk’s office, pay a $250.00 mediator fee and a $25.00 filing fee, then mail copies of your petition to the lender, trustee, and Home Means Nevada. The Supreme Court established Home Means Nevada, Inc. as the mediation administrator for the Foreclosure Mediation Program. If you timely file the petition, no further action can be taken to sell your home until completion of the mediation. (NRS 107.086.)
After filing your petition, you will receive a notice appointing a mediator. The mediator will arrange a time and place for the mediation. The mediator will send you a scheduling notice explaining what documents you must produce and how to exchange them with your lender before the mediation.
Three parties will be present at the mediation: you, the lender, and the mediator. Both you and the lender must negotiate in good faith regarding alternatives to foreclosure. Usually, alternatives to foreclosure include (i) loan modification or repayment plan, (ii) short sale or (iii) giving the property up (a “deed-in-lieu”). You will tell them what you want and show them what you can afford. If you reach an agreement, the mediator will help you outline the terms of the agreement.
The mediator will issue a Mediator’s Statement within ten days of the conclusion of the mediation. Within ten days of that statement, either side can submit a request or an objection. The District Court judge then enters an Order that reflects the terms of the loan modification if one was reached, and the new terms under the loan modification will begin. If no loan modification or other agreement was reached, the judge will dismiss the case. The order dismissing the case will be served on Home Means Nevada, who will then issue a certificate to the trustee to proceed with the foreclosure.
But remember, if you have received a Notice of Default within the last thirty days or you received a Complaint about Judicial Foreclosure within the last twenty days, TIME IS OF THE ESSENCE IN TRYING TO SAVE YOUR HOME FROM FORECLOSURE!!!

I have been working for the same company for over 15 years. On the first day of starting my new job, I remember feeling overwhelmed by the amount of paperwork I was asked to sign and choices to make. I felt ignorant because I knew what I was doing was supposed to be important, but I didn’t know what I was doing. It was a lot! There were so many options; dental plans, vision plans, insurance plans, beneficiary choice. I remember being offered the option of participating in the company 401k pension plan. Once again, I knew it was a good thing, but I didn’t know who good it can be! Well, as I matured and became more educated on 401ks, I’m glad I started when I did.

So, what is a 401k? A 401k is a retirement saving plan like an IRA, but the 401k is offered by an employer, but not all employers offer this option. The name “401k” actually comes from the section of the tax code in the IRS regulation that gave birth to these plans which began to take their familiar form in 1978. At first, 401ks were looked upon as “poor substitutes” for the traditional pension plan Americans were accustomed to having. But now, they are the preferred source of retirement savings for most Americans.

401k plans came to usurp pension plans as the most popular retirement plan for a simple reason. Pension plans are generally expensive for an employer because traditional pension plans often pay out guarantee amounts to a qualified employee-sometimes these payouts are for life. And employee wouldn’t have to be very involved as the employer would handle most, if not all, of the investment choices. Today’s 401ks place the burden of saving for retirement on the employee. The employees are responsible for choosing their own investments from a selection of investments offered by their employer. The employee also has the power to change investments, increase, decrease, or cease contributing to the plan at their discretion. Today’s employee needs to be more aware to be as successful as the pension holder of yesterday.

401ks have some excellent benefits that contribute to their fame. To name a few:
First, just like IRAs, there are tax benefits with 401ks. The money within a 401k can grow tax-deferred (meaning the taxes are to be paid at a later date) or tax-free depending on options made available by an employer. But, in either case, both are advantageous to the investor.
Secondly, there is a lot of potentials to put money away from retirement and the limit keeps rising. The federal limit for 401ks in 2019 has risen to $19,000 a year! That’s a lot of money!
Thirdly, like an IRA, there is no limit to the value of a 401k, nor is there any limit to the number of 401ks a single individual can own. However, an individual is limited to one 401k per employer but may have multiple 401ks through multiple employers.
Fourthly, unlike pensions, 401ks are not managed by the employer, but they are operated by large financial custodians such as Fidelity, Merrill Lynch, Charles Schwab, etc. This means, that if the company offering the 401k plan goes bankrupt, your investment is protected.
And lastly, many employers offer an “employee match” with their 401k plans. An employee match is where the company agrees to contributes to your 401k. Yep, that’s right. Some companies give their employees free money for their retirement.

As great as 401ks are, they do have their restrictions. Some of the major ones are:
401ks have limited investment choices that only include stocks, mutual funds, and bonds (yuck!).
401k plans vary drastically between employers. One company may offer an “employee match”, while another may not. One company may offer great performing stocks or funds, while another may not. It really is up to the company.
Similar to IRAs, the investments in 401ks ARE NOT TO BE USED until the investor is at least 59 ½ years old. Investments withdrawn before 59 ½ are subject to a penalty for early withdrawing.

401ks are one of the best ways to get a good start on planning for retirement; especially if a company offers an employee match. Other than excessive debt which needs to be rectified, I don’t know why someone would not take advantage of their employer’s 401k matching plan. It’s literally free money! I was listening to the Dave Ramsey radio show when Chris Hogan, one of the hosts, claimed that a survey of over 10,000 millionaires revealed that about 78% of those surveyed have retirement plans such as 401ks. Even millionaires (who are thought to be wise with their money) take advantage of these government-sponsored retirement plans. Why would you not?

As the year closes, take time to reflect on every blessing of this year. Some of you may not have received everything you’ve asked for, but God most assuredly has provided every need. Take on the Attitude of Gratitude in this season; we have a lot to be thankful for. Close the year with thanksgiving and walk into the new year expecting to receive EVERY blessing that has your name on it.

In everything give thanks: for this is the will of God in Christ Jesus concerning you.