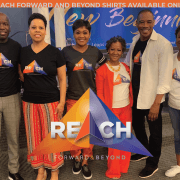 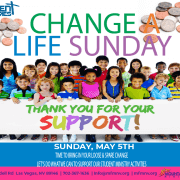 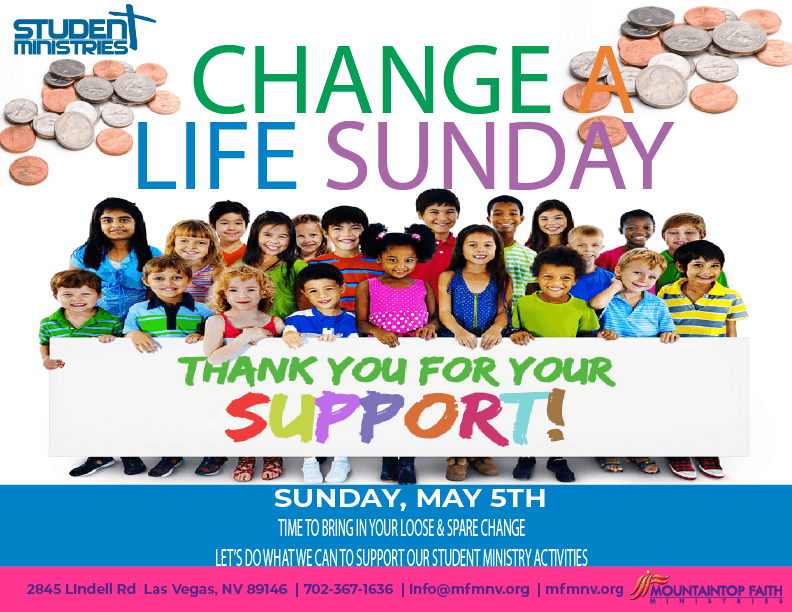 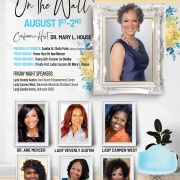 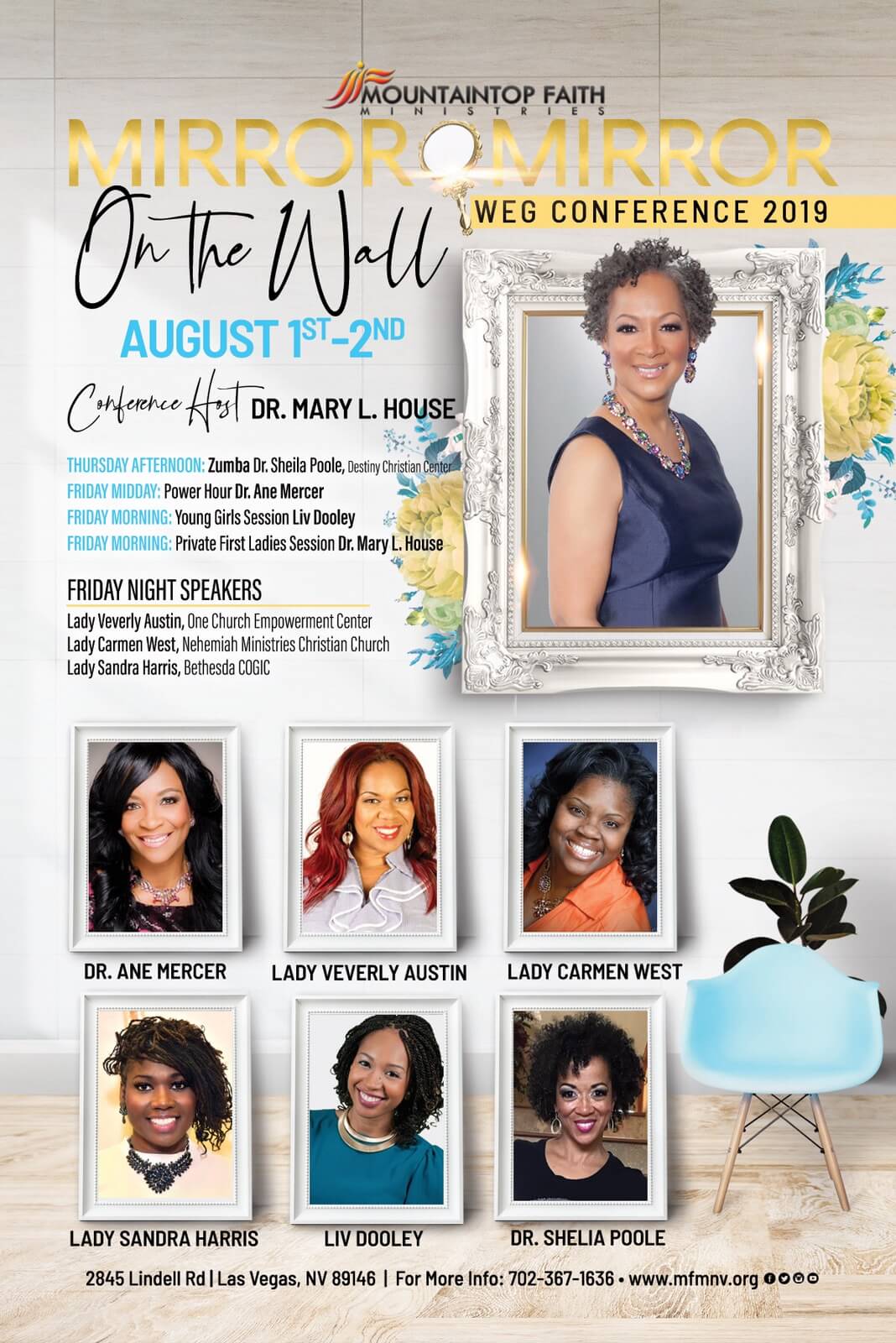 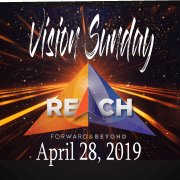 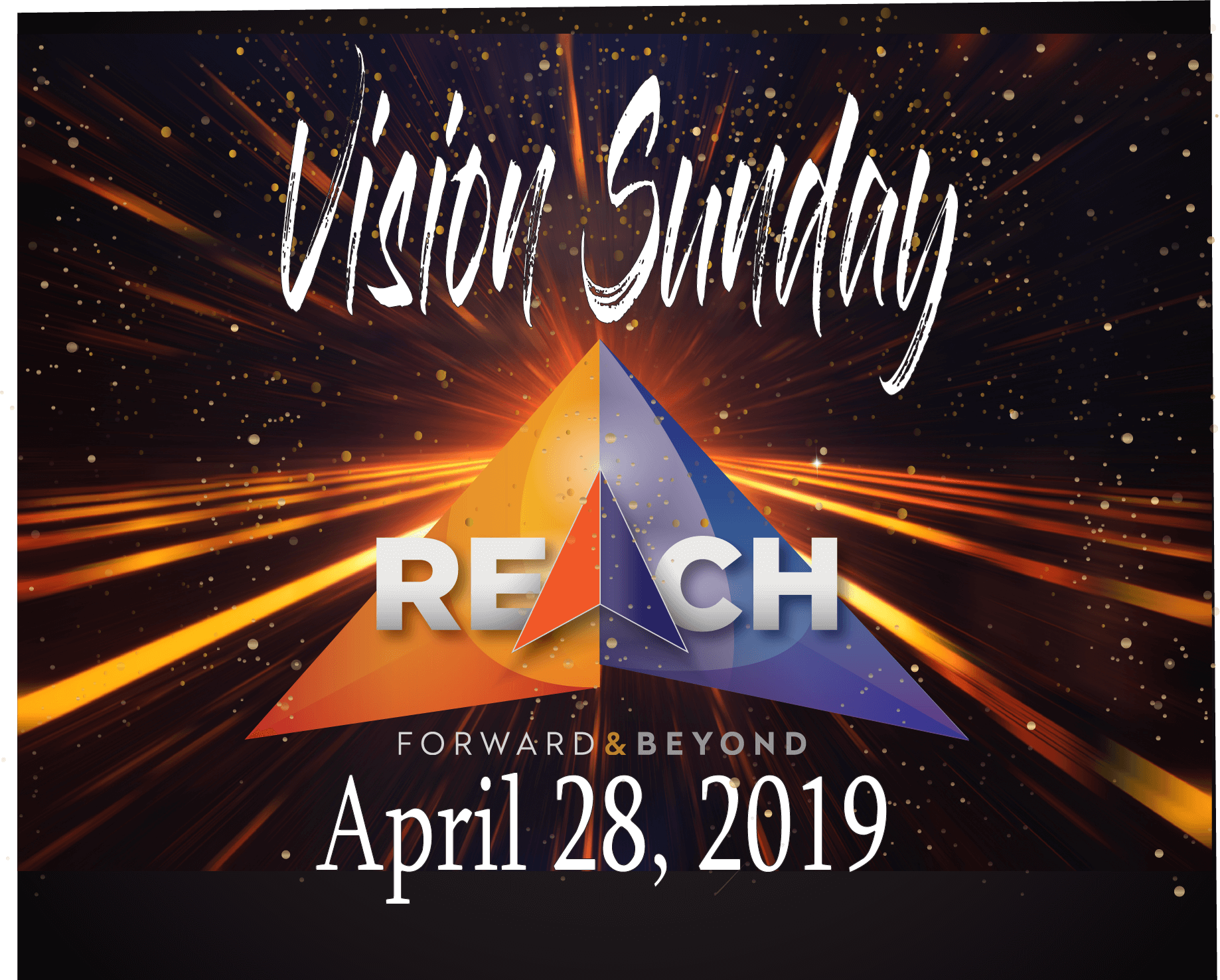 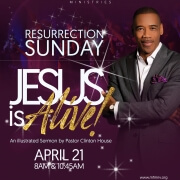 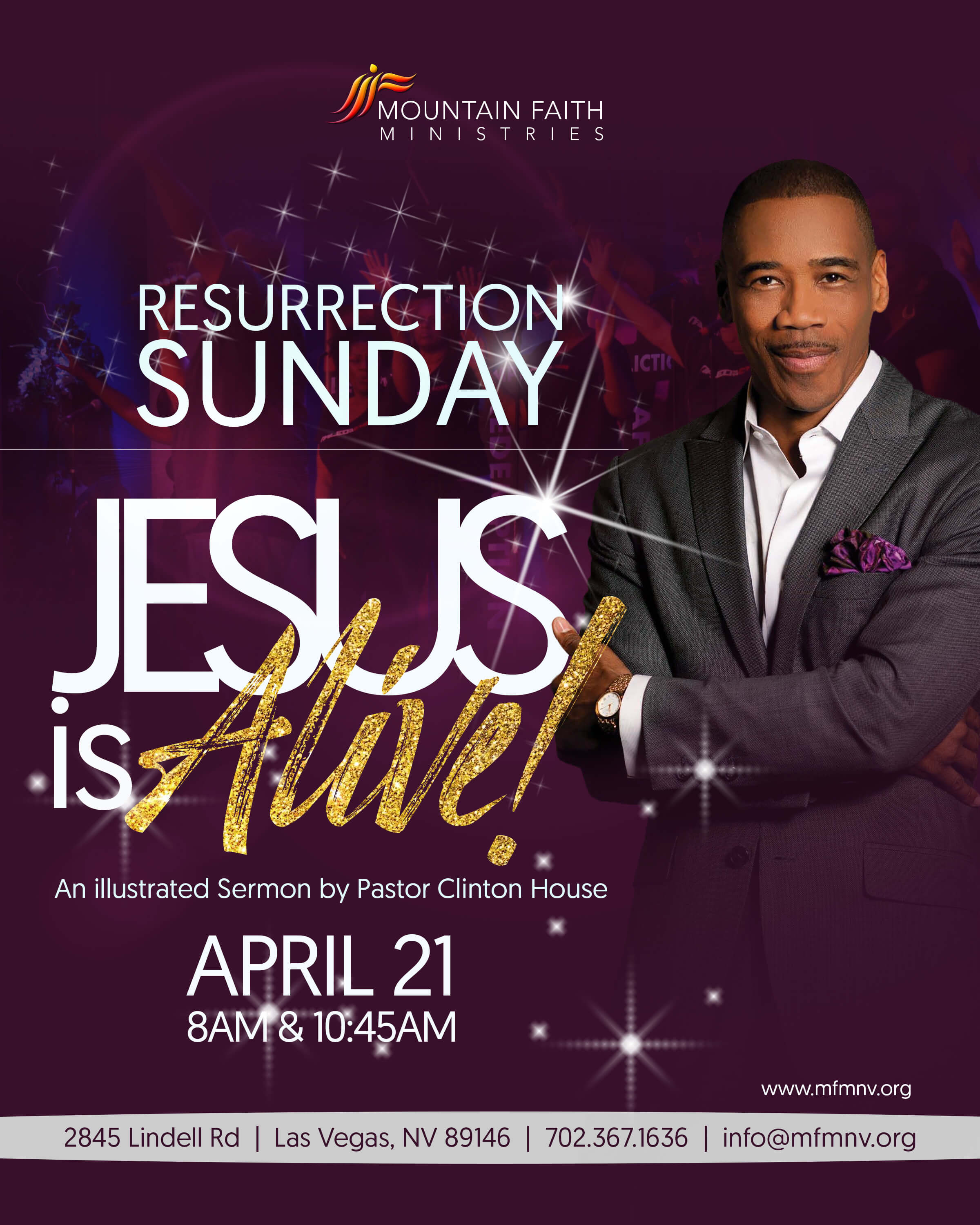 Always remember when dealing with people whether it be on your job, in passing , especially in church that we ALL need GRACE . Never become too consumed or caught up in yourself to think that “you have arrived” or have it all together. We all have short comings and make mistakes everyday. We are constantly striving to become better.  If we sit back and think how much GRACE AND MERCY we receive on a daily basis we could all stand to be a little more humble and forgiving when dealing with others. GOD made us all different and wonderful in His image, we all live and do this Christ walk as best as we can. So don’t frown up or look down on someone because they sin different than you do because sin isn’t broken down into categories. We all fall short. So lets love on one another and have a heart for one another and give a little Grace because its given to us daily.

But he giveth more grace. Wherefore he saith, God resisteth the proud, but giveth grace unto the humble. James 4:6

Managing Your Money.  That is the title of an empowerment session the Legacy Group offered on a Wednesday night before bible study.  As I was pondering the title, I had a revelation about its meaning.  Obviously, this is a lesson of financial stewardship, but there is more.  Let me share.

The first word in the title is managing.  We know what managing means.  It means to run, or to administer, or to control. To be a manager, you have to be in charge.  You have to be in mastery over the money you are to manage.  Managers must be free to exercise judicious authority; they need to be “on top of it”.  When it comes to your money, who is in charge? Are you managing your money, or is it managing you?  Are you telling your money where it is going through a budget, or it is just leaving and you are left finding where it went?  If we are going to be good stewards over our finances, we need to get it together!  We are called to managers, not slaves.  And we decide whether we are going to be managers over our money or slaves to our money.

The second word, “your”, is kind of a misnomer in this context.  Do you know why?  It’s because the word “your” infers ownership.  It’s so subtle; it seems like a small, insignificant choice in wording, but it is this inconspicuous point that most people miss.  This one simple word, wedged in the middle of this short, three-word phrase, speaks volumes because it says something about the speaker; it reveals their perspective.  And I’m sure I don’t have to remind you of the value of having the right perspective, but for good measure:

“Perspective gives us the ability to accurately contrast the large with the small and the important with the less important.  Without it, we are lost in a world where ideas, news, and information look the same.  We cannot differentiate, we cannot prioritize, and we cannot make good choices.”  -John Sununu, Governor of New Hampshire

Perspective is key.  If one’s perspective is askew, there is little hope to reaching our desired destination; financial independence.  We have to know that we own nothing!  Everything belongs to God (Ps. 24:1, Ps. 50:10).  It is all His.  We are managers put her to steward His possessions.  That has been His plan from the beginning.  Think about it.  What was Adam, the original man, called to do?  In Genesis 2:15 it says he was to dress and keep the Garden [of Eden].  In other words, he was to steward over God’s garden.  He was the garden manager!  Here’s another example.  What about the richest and wisest man to ever lived, Solomon?  In 1 Kings 3:5-10, we see God gave Solomon extraordinary wisdom after Solomon acknowledged he was God’s servant (a.k.a. God’s steward) who needed God’s help to manage and judge God’s people.  Solomon was a people manager.  Solomon had the proper perspective – he realized he was a steward over God’s people – and it pleased God so much, God made Solomon the richest king in the world as a bonus.  (Talk about fringe benefits!)

And the last word, in the phase is money.  Money, in its physical form, is nothing more than expensive paper, but it represents so much more.  Money, in some circles, represents power and prestige, and to some others, it represents the sweat of their brow (or stored labor).  We all have different viewpoints, but in general, money represents potential.  Potential for good, and for bad.  Money is not good or bad, but we all know it can be used well or mishandled.  Whether it is used wisely to feed the hungry or fund someone’s college, or conversely, wasted buying drugs or gambling, its use is up to the quality of the steward.  Money is just a tool.  It’s the character of the one who manages it that decides its efficacy.

As you can say the topic of “managing your money” is a pretty deep topic.  It can be rephrased as, “Taking the Proper Authority Over the Tools [Money] God Gives”.  And it all starts with knowing it is all God’s money and we are God’s stewards entrusted to administer it for God’s glory.  That is the first step; we have to have the right perspective. And that begins with knowing our source is the Lord and knowing our role.  Then we can start to mimic Adam and Solomon and fulfill our personal stewardship roles.  God Bless.

The month of April is Financial Literacy Month.  Join the Legacy Group each Wednesday of the month of April at 6pm for 4 powerful empowering sessions purposed to help us understand and related to our money. 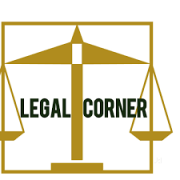 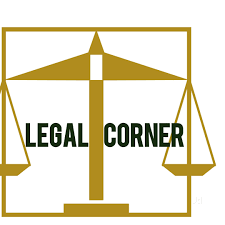 Nevada also recently joined the growing number of states that have decriminalized recreational marijuana usage. Nevada’s recreational marijuana law, however, provides no affirmative employment law protections.  These developments have left both employers and employees in a haze of uncertainty regarding their rights and obligations to regulate and/or use marijuana in and outside of the workplace, with some employees mistakenly believing the decriminalization of marijuana invalidates employer policies prohibiting the use or possession of marijuana in the workplace. Some of that haze can be clarified, but some will remain until the Nevada Supreme Court provides definitive guidance.

Nevada’s laws permitting marijuana for both medical and recreational uses make clear that employers can prohibit the use or possession of marijuana while on duty and in the workplace. Nevada’s Regulation and Taxation of Marijuana Act, regarding the legalization of recreational use, provides that the act does not prohibit an employer, “from maintaining, enacting, and enforcing a workplace policy prohibiting or restricting actions or conduct otherwise permitted under this chapter.” NRS 453D.100(2). Likewise, in 2013 the Nevada Legislature clarified that Nevada’s medical marijuana legislation does not require an employer to allow medical use of marijuana in the workplace. NRS 453A.800(2).

No Protection for Recreational Use

Two important issues related to marijuana usage by employees in Nevada remain less than clear. First, it is unclear whether NRS 613.333 protects employees’ lawful, off-duty use of marijuana, both medical and recreational. That statute makes it an unlawful employment practice for an employer to refuse to hire an applicant or to terminate or discriminate against an employee because the employee “engages in the lawful use in this state of any product outside the premises of the employer during the employee’s nonworking hours, if that use does not adversely affect the employee’s ability to perform his or her job or the safety of other employees.” Nevada attorneys practicing in the area of employment law continue to debate whether this statute prohibits the termination of an employee for off-duty use of marijuana, largely focusing on the meaning of the “in this state” language in the statute, given that marijuana remains illegal under federal law.  For Nevada employers, until this issue is definitively resolved there will be some risk associated with the termination of an employee for off-duty use of marijuana.

The second issue that remains unclear arises from an employer’s obligation to accommodate medical marijuana usage in Nevada as required by NRS 453A.800.  Significantly in July 2017, in the first case of its kind nationwide, Barbuto v. Advantage Sales, 2017 Mass. LEXIS 504 (Mass. 2017), the highest court in Massachusetts determined, though the state medical marijuana law provided criminal protections only, a cause of action was available for disability discrimination under state law for employees using marijuana lawfully.

Because of the remaining uncertainty, Nevada employers struggle with issues related to:

Employers struggle with these issues because the appropriate course of action for an employee often depends upon whether the employee’s medical marijuana usage results in the employee being impaired at work.

Practically speaking, there is no universally accepted method of proving whether, or to what extent, an individual is impaired by marijuana because there is no consensus as to what THC concentration correlates to impairment.  Drug tests do not measure impairment.  Therefore, taking adverse action against an employee creates a risk of violating Nevada’s laws. Meanwhile, not taking action and allowing an employee that could be impaired to continue to work, particularly in safety-sensitive positions, creates risks of its own (for example, negligent hiring or retention claims relating to employees who regularly drive for their jobs).  Consequently, employers faced with such issues should consult with knowledgeable counsel prior to taking action