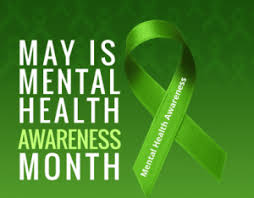 May is “Mental Health Month” and I was surprised that not only does Nevada have a substantial shortage of mental health professionals but ranks near last in access to mental health care (Mental Health America, 2018). “We have a huge shortage of psychiatrists here in Las Vegas,” Dr. Gregory P. Brown, a psychiatrist in Las Vegas who runs the Psychiatry Residency Training Program at the University of Nevada, Las Vegas, reported.  See, The Cut, Science of Us, Oct. 4. 2017.  “There’s a crisis-level shortage right now.” Las Vegas has five psychiatrists per 100,000 residents while similarly-sized metro areas like Kansas City and Sacramento have double that figure. New York City has about six times the figure.

In addition, we rank near the bottom in the country for higher prevalence of mental illness (Nevada Hospital Association)–  a ranking that encompasses six metrics ranging from mental illness and substance-abuse rates, to the number of citizens who’ve considered suicide or suffered a depressive episode — yet offers the least access to mental-health care compared to every other U.S. state.  About 68 percent of people in Nevada who suffer from impaired mental health do not receive treatment.  The Cut, Science of Us, Oct. 4. 2017.

In a psychiatric emergency, the more you know about your state’s laws and treatment options, the better prepared you will be to respond in the most effective way possible.  Nevada law allows for admission to mental health facilities through three procedures: emergency admission, voluntary admission, or involuntary civil commitment. The last of these procedures require judicial involvement.  Emergency Admission and the special circumstances pertaining to the commitment of minors will be discussed next month.

The law allows for individuals to apply for voluntary commitment or admission to any facility for treatment. NRS 433A.140. This procedure entails an individual presenting themselves to a facility and submitting to an examination by admission personnel, who determine whether such an individual would benefit from treatment. A person who voluntarily admits himself to a facility must be immediately released upon submitting a written request. The facility has 24 hours after the request is filled to change the status of the person to an emergency admission pursuant to NRS 433A.145.

The most frequent arena where mental health and law intersect in the area of involuntary civil commitment. A mentally ill individual may be detained in a mental health facility for up to 72 hours on an emergency, non-court ordered basis for evaluation and treatment. A person must be released by the end of the 72 hour evaluation period, including weekends and holidays, unless during the 72 hour period, a petition is filed with the court for involuntary admission.  NRS 433A.150.

A mentally ill individual is involuntarily committed when an individual with standing files a petition with the court. The petition must be accompanied by:

(a)        A certificate of a physician or licensed psychologist stating that he has examined the person alleged to be mentally ill and has concluded that as a result of mental illness the person is likely to harm himself or others; or

(b)        A sworn written statement by the petitioner that:

(1)            The petitioner has probable cause to believe that the person is mentally ill and, because of that illness is likely to harm himself or others; and

(2)            The person has refused to submit to examination or treatment by a physician, psychiatrist or licensed psychologist.

A court must hear an involuntary commitment petition within 14 days of the emergency admission or filing of the petition, whichever is less. The individual is entitled to counsel, either private or court appointed. The court must order two psychologists or psychiatrists (one must be an M.D.) to examine the individual and submit their findings to the court 48 hours prior to the hearing. In order to find that an individual may be involuntarily committed, the court must find, by clear and convincing evidence that the individual is mentally ill or exhibits observable behavior such that he is likely to harm himself or others if allowed to remain at liberty.  NRS 433A.200 to 433A.310.

An involuntary commitment automatically expires at the end of 6 months if not terminated previously by the medical director of the public or private mental health facility.  At the end of the court-ordered period of treatment, the Division, or any non-division mental health facility, may petition to renew the detention of the person for additional periods not to exceed 6 months each. For each renewal, the petition must set forth to the court specific reasons why further treatment would be in the persons own best interests.  NRS 433A.310.

Every individual admitted is entitled to full confidentiality of his medical records, condition, and treatment. Notice of procedures, hearings and enumerated rights must be given to the patient in a timely fashion.

This month is intended to raise awareness about mental health and related issues. Although attitudes appear to be changing around the stigma and discrimination associated with mental illness, negative attitudes have existed since the late 1940s, when the first National Mental Health Awareness Week was launched. In the 1960s, the campaign was extended to an entire month in May. During this month, let’s educate ourselves on mental illness.  As the good book says, “Wisdom is the principal thing; therefore get wisdom: and with all thy getting get understanding.”  Stay tuned for next month’s mental health awareness article.

3 MILLIONAIRE MYTHS THAT KEEP YOU FROM BUILDING WEALTH

Woman… You Are Enough
Scroll to top