What Exactly is a Recession? 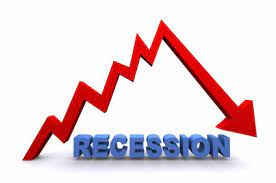 Last month’s Money Matter article discussed one of the more popular topics of the day; inflation. If you didn’t read it, you definitely should check it out. It will break down the basics of how the economy works, why inflation is real, and even offer suggestions for living in inflationary times. This month, even though the topic isn’t any more inviting, it is just as relevant. A recession can result from long periods of inflation and is often not understood, but it is a realization. When I say it is a realization, I mean we ALL feel the effects of its presence, so we need to know what it is and how to deal with it. This month, we are going to talk about the recession.

The term “recession” describes the state of the economy when it is in a period of decline. It is the opposite of an economic boom. During a boom, stock prices (and values) are rising, more businesses are being created and growing, more job opportunities, everyone seems to be more prosperous, and there is general optimism about the economy. Economic booms are fun! Recessions are not that. A recession is the opposite; stock prices (and values) are going down, businesses are generally not growing, and they may even lay off workers. There is typically a pessimistic view of the economy. Recessional conditions produce effects ubiquitously (vocabulary word, lol) felt whether you are rich, poor, or somewhere in between. Business owners watch their profits drain and have to raise prices to stay in business. Employees see their retirement accounts dwindling, and some worry about keeping their job daily, while those looking for employment have fewer options. Recessions are not fun!

A recession doesn’t just happen overnight. You don’t just wake up in the morning, turn on the TV, and suddenly the economy is in a recession. It doesn’t just happen over a week or even a month. It takes six months to determine if an economy is in recession. A recession can be defined as two consecutive quarters of a receding economy. The economy was receding in the first quarter of 2022 (January-March). As an indicator, do you remember the stock market tickers? There was a lot of red; meaning companies were losing value. Companies were worth more at the beginning of January than at the end of March. And what have we seen this quarter (April-June)? It looks much of the same. At the time of this writing, there are still a few more days left in June, but when the numbers come out, we (the world) will officially see if we are in a recession and how bad it is. And regardless of the news, you can expect there to be global ramifications. We are the world’s largest economy; other countries rely heavily on our prosperity through trade and exchanges. So, if we are hurting, other countries will feel it.

As unpleasant as it seems, recessionary periods are not only unavoidable, but they can be healthy for an economy (as long as it doesn’t turn into a depression. Yikes!). It allows an economy to slow down, reset, and re-balance. But it can be uncomfortable and scary. So what can we do about it? Since they are inescapable, we must be conscious of the present state of the economy while employing proper strategies for navigating the vicissitudes of the current global economic climate. What? In other words, we must be aware of what is happening and act accordingly. As the economy shrinks, we need to adjust. I bet you noticed the economy is shrinking, although you might not have recognized it. I’m sure you’ve seen how prices are higher, especially for food and gas. That’s a signal. Have you noticed the rise in interest rates, which makes credit more expensive, especially if you are trying to get a loan to buy a house? That’s a signal. Have you noticed some companies are announcing layoffs? Tesla, Netflix, Redfin, Wells Fargo, Compass Realty, and Coinbase are just a few. These are signals that dark clouds are ahead. They are shrinking, and they are preparing for the future they see.

We should probably do the same. We should start preparing for more challenging economic times. We should check our spending, monitor and even increase our savings, reconsider our investment choices, or redo our budgets. Recessions come and go as economics expand and shrink; it has been that way from the beginning of civilization. The inevitability of recessions doesn’t mean we are helpless. We have to do our part. We have to be prudent (Proverbs 27:12).

Before we end this discussion, I want to bring your remembrance of a man named Joseph in the bible. Joseph, through the unique hand of God, end-up working directly for the King of Egypt. God revealed to Joseph that a seven-year famine was coming, and Joseph had been tasked with preparing the country for the food shortage. Joseph went into action and, to God’s glory, saved the people of Egyptians and the visiting Hebrews from starving to death. There is a lesson here. God doesn’t always change the situation. Sometimes he gives us incite and wisdom to “weather the impending storm.” But it is up to us to do the work. As I said earlier, I’m not saying we are going into a recessionary “storm” because we still have a few days left this quarter. But there are signs that point to us headed in that direction. So what are you going to do? Get ready, get ready, get ready. I see clouds of rain.